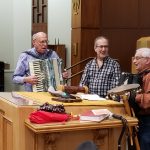 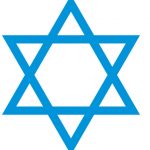 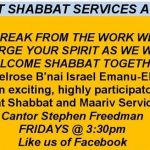 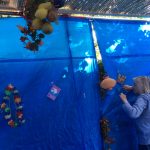 MBIEE thanks all who participated in this very successful event!  “What’s Ahead for Israel and Its Relationship with the U.S.?” presented by our 2015 Scholars in Residence: Professor Steven M. Cohen and Jonathan S. Tobin.

Read the Press Release with all the details

Opposing Perspectives, Culminating Debate:  “What’s Ahead for Israel and Its Relationship with the U.S.?”

Elkins Park, Pa…The polarizing topic of Israel and U.S. relations will move from newsprint to podium when two well-known editors with opposing viewpoints tackle the topic during Melrose B’nai Israel Emanu-el’s (MBIEE) Scholar-In-Residence Weekend, slated for April 17-18. While the weekend series shares a common umbrella- “What’s Ahead for Israel and for Israel’s Relationship with the U.S.”- the perspectives tackled under that umbrella could not be farther apart.

On Friday evening, April 17 at 6 p.m., Jonathan Tobin, senior online editor of Commentary magazine, will discuss how the U.S.’s efforts to seek détente with Iran are resulting in a breakdown in Israel-U.S. relations. His evening presentation, titled “Why Have the U.S. and Israel Been at Odds and What are the Costs?” will include a light dinner, Shabbat service and Oneg reception.

On Saturday at noon, April 18, J.J. Goldberg, editor-at-large of the Jewish Daily Forward, will examine Israel’s internal conflicts as major contributors to Israel’s safety concerns. His talk, “Bibi and the Generals: Unease in Jerusalem,” will be conducted as a lunch and learn  program following services.

At 8:30 p.m. that evening, Tobin and Goldberg’s conflicting viewpoints will spark the final event of the Scholar-In-Residence Weekend:  “Arguing for the Sake of Heaven? The American Jewish Debate about Israel.”

They will argue their respective positions using deferential analyses of current events concerning the relationship between the U.S. and Israel. Ultimately, attendees will leave the debate with ample information and opinions to formulate their own viewpoints on this critical topic. A gourmet dessert buffet will follow the debate.

Both speakers bring a rich history of commentary and opinion to MBIEE’s Scholar-in-Residence program. Tobin served as executive editor of the Jewish Exponent from 1998 to 2008 before joining Commentary Magazine as executive editor. He has been named the top weekly columnist and editorial writer in Pennsylvania and Connecticut, as well as the top columnist and editorial writer for Jewish newspapers in North America on several occasions.

Goldberg’s writing has been honored by the Rockower Awards of the American Jewish Press Association, Deadline Club of the Society of Professional Journalists and other organizations. He served as the Forward’s editor-in-chief from 2000 to 2007.

Registration for the weekend of programs is $36 per person before April 1 and $40 per person after April 1.  Sponsorship opportunities are available. For registration and ticket details visit www.mbiee.org or call 215-635-1505.